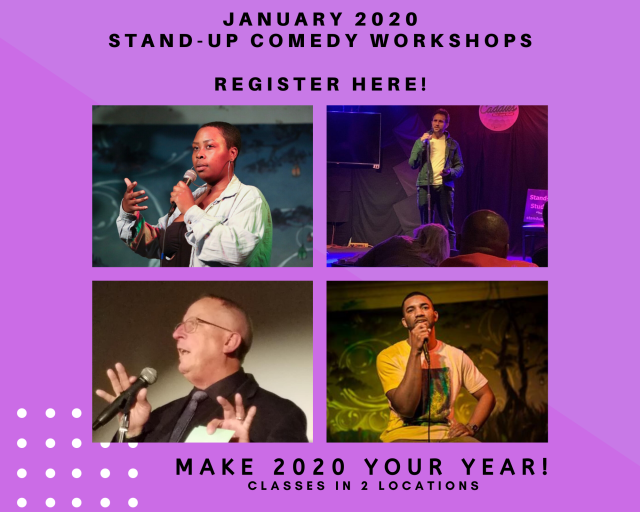 This is not a series of video snippets nor a downloadable PDF with 50 point font. This is virtual comedy classes held one-on-one with the Stand-Up Studios Comedy Instructor for 4 weeks. She will work with you via Skype and email one-on-one to create your own 5 minute stand-up comedy routine.

For Beginners or working comics each course is catered to your goals, level and experience.